HISTORY OF THE CARNIVAL OF CENTO
The Carnival of Cento has been documented since 1600 thanks to certain frescoes by the famous painter Gian Francesco Barbieri, known as “Guercino”, who came from Cento. In 1615 Guercino depicted festivals and events in his frescoes.
The carnival was cause of abuse and violence. This is why notifications were issued by the governor and the gonfalonier. There are no documents relating to the period prior to the two World Wars, but we can say that it was the period of transition from the ancient tradition of fairytale subjects to the adoption of masks representing contemporary characters and attitudes.
In the early 1900s, the people from Cento decided to create their own king as a symbol of the city carnival. This character was supposed to represent the conscience of his fellow citizens. Tasi, namely Luigi Tasini, who once really existed and was very esteemed, was thus born.
The carnival companies were rebuilt in 1947. Some of them are still active and present at winter parades on Sundays in Cento.
The carnival remained a local event until the end of the 80s, when a real revolution began.

Ivano Manservisi, the patron, took over the reins of the carnival in 1990, making it take giant steps forward. He stirred up the dormant enthusiasm and took the carnival to unprecedented international heights, thanks to the twinning with the most famous carnival in the world: the Rio de Janeiro Carnival. 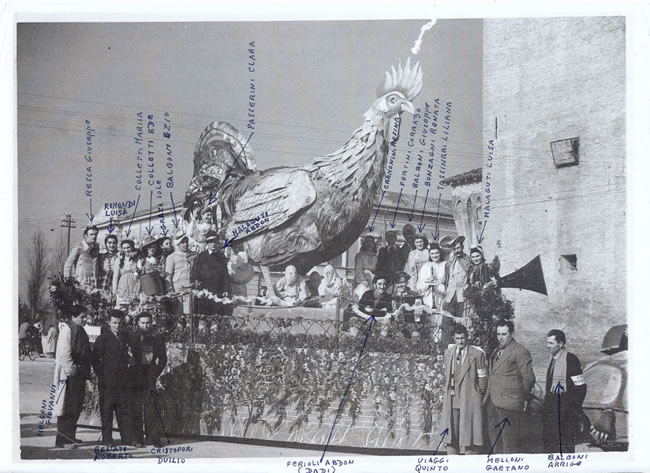 We use cookies to personalize content and ads, to provide social media features and to analyze our traffic. We also share information about how you use our site with our web analytics, advertising and social media partners who may combine it with other information you have provided to them or that they have collected from your use of their services.

Consent given on: id:

We currently do not use cookies of the type: Preferences, Other